We bring you a modern concept of travelling across Central Europe.

Our first connection was sent on the route at the end of 2012. Today, we travel to more than 100 cities in 6 countries and our destination offer is still being expanded.

For a normal journey you can use Economy class or the above-standard Business class. Furthermore, our Premium class offers adjustable chairs, a quiet section, and a sleeping kit for overnight travel. 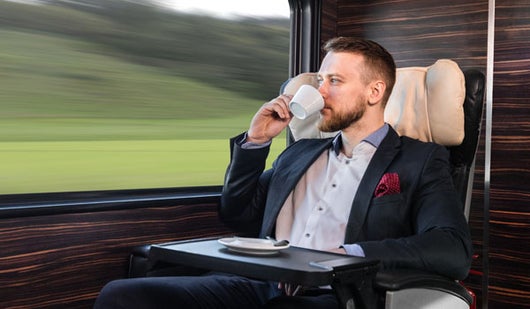 Find out about our comfortable trains and buses. 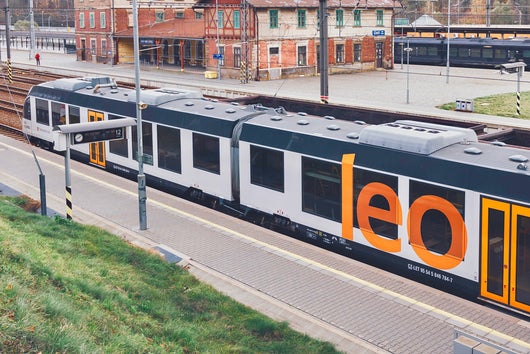 Leoš Novotný Jr. graduated from the field of Economics and Finance at the University of Warwick. After graduation he worked abroad in the field of investment banking. After several years of working for banks, he founded an investment company called AAKON Capital focused on direct investments into private companies. He is also the co-founder of the car-sharing project SmileCar.

We believe that high-quality, responsible public transport is the basis for a company of the 21st century.

Peter Köhler studied Physics at the Imperial College of London and Finance at the Prague University of Economics (VŠE). He worked as a banker and a consultant in London’s JP Morgan and for KPMG and Deloitte. Before he joined Leo Express in 2013 he worked for Raiffeisen Bank in Vienna, where he managed the Private Equity team for Central and Eastern Europe.

In autumn 2014 he became Vice-Chairman of the Board, and later the CEO of Leo Express. Among others, he owns a share in SmileCar a.s.

Leo Express strives to provide sustainable, customer responsive, no-nonsense passenger mobility. We operate a network with trains, buses, minibuses and car sharing but have a preference for energy efficient electric rail transportation. We reject megaprojects and other public spending traps, and prefer to work with existing infrastructure and inventory. Technology and innovation are part of our daily focus to improve our product.

Leo Express Global a.s. is the controlling entity of the concern, which includes controlled persons Leo Express s.r.o. and LEO Express Tenders s.r.o. This notice is published in accordance with the provisions of § 79 paragraph 3 of Act No. 90/2012 Coll., about commercial companies and cooperatives.