The well-known world of the ancient Greeks was spread around the “Mediterranean pool”. Ancient explorers travelled to some dangerous destinations for new horizons and profi table business. Today, the situation is diff erent. The world is mapped by Google Earth and travelling is fast, comfortable and widely accessible. The new generation of travellers choose their trips based on what’s trending on Instagram. They go for photogenic meals, neighbourhood atmosphere, attractive selfie spots, as well as street-art and abandoned ruins…

The old jokes about Czechs packing bread and paté when they travelled are history, but at the time when mass tourism was emerging, there was no internet or low-cost transport, and so they had to find ways to save money on a holiday by the sea.

The laughter at these jokes has died down because these days we are facing tourism in a much more massive form. Overtourism – or excessive tourism – does not only annoy permanent residents of historic city centres, but also the travellers themselves. Venice, Prague and Český Krumlov are beginning to guard their gates against the countless hordes of tourists who destroy the “spirit of the place” and leave a mess behind them. Overtourism is a milestone that started the era of post-tourism and expanded the range of interesting minor destinations that “mass tourists” usually do not think of visiting. The capital of post-tourists is undoubtedly Berlin:

Until recently, a visit to Berlin meant seeing the Brandenburg Gate, the TV Tower and the Museum Island,” says the urbanist Johannes Novy. “Today, most people avoid the usual sights, and instead they go to take in the Berlin lifestyle, take pictures of graffi vti, explore the underground scene in Neukölln or feel the neighbourhood atmosphere in Kreuzburg ...

“I’m from Amsterdam and I know that nine out of ten tourists have no idea about real life in the city,” says Pieter Levels. This digital nomad created a “new map of the world” on Hoodmaps.com. It is created by the locals of the most widely visited cities. For example, if you fi nd the Polish city of Krakow in this atlas, you will learn not only how to avoid tourist traps, but also where to fi nd co-workers for your future start-up. Hence Hoodmaps is not only a relief for overcrowded monuments, but also an eff ort to show travellers “real life” behind the tourist sets.  “Today’s tourists dream of an authentic experience,” stresses Debbie Lisle, a politologist. In the current world resembling an amusement park, the difference between real and fake, arranged and original, a tourist and a traveller, merges.

All Right, but How to Get out of It?

Fans of slowtravelling from Travelbible.cz recommend travelling long and slow, because only then will you get more time to observe the details, step back to think about things and also establish more real relationships with the locals. Anti-tourists from the Justraveling.com blog believe that even through our explored world, we can still find wild places, black holes and grim urban corners that tourists usually avoid. Yes, such “real” places actually exist, but each one of us must find it alone without crossing the boundaries of the law or into the areas of war conflicts. 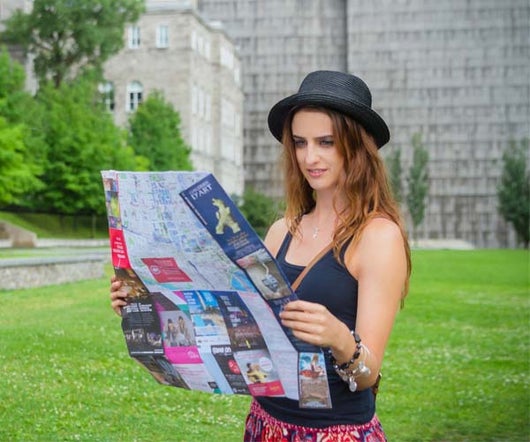 Seeking solace in ruins seems to be one of the few anti-tourist options, at least in a nation nursed by Karel Hynek Mácha. It does not have to be a dangerous business because popular and frequently visited “ruin-bars” have risen from the ruins. Nearby Budapest is full of them and the romance of candlelight dinners in them takes on a Mácha-esque atmosphere. The traveller’s desire for emptiness, abandonment and inaccessibility has also materialized in urbex and the increasingly popular visits of industrial ruins. The remarkable possibilities of “urban exploration” (exploration of decrepit and unused industrial buildings) are offered, for example, by Košice or Mukachevo in the Ukraine, with a monumental ruin of a tobacco factory that was part of Czechoslovak Tobacco Direction during the First Republic. However, it is not advisable to wander into dilapidated and dangerous buildings, and you will also appreciate them from a distance with the naked eye. Indeed, the ruins break our fossilized conventions. They might be full of overgrown vegetation as if they wanted to mock the order, the authorities and the former work organization. And as such, they are one of the last symbols of freedom.